This tutorial will introduce you step-by-step how to sketch, draw and create a digital realistic art illustration of Vivo Movie scene using procreate.

In Havana, Cuba, Andrés Hernández and his kinkajou Vivo play music together in the plaza. One day after their show, Andrés receives a letter from Marta Sandoval, an old friend of his, informing him that she is retiring from her music career. The letter offers a chance to reconnect in Miami, Florida, at the Mambo Cabana and for Andrés to finally tell Marta how he feels about her through a song he wrote just for her. Vivo, happy with their life in Cuba, is reluctant to help Andrés and leaves in a huff. The next morning, it is discovered Andrés has passed away in his sleep and that night, a funeral service is held in the plaza, with Andrés’ niece Rosa and her daughter Gabi attending before they head back to their home in Key West, Florida.

Ashamed of his earlier reluctance, Vivo vows himself to get Marta to hear Andrés’ song. He stows away to Key West with Gabi and Rosa. Gabi is thrilled when she discovers Vivo hiding in her stuff and explains to him how she’s an underdog in her hometown because she is different from everyone else and does not want to be a part of her girl scout troop, the Sand Dollars. Gabi finds Andrés’s song and agrees to help Vivo deliver the song to Marta. Under the guise of attending a cookie sale in town, Gabi and Vivo purchase bus tickets to get to Marta’s show, but they are stopped by three other Sand Dollars, who show an interest in Vivo. Gabi and Vivo manage to escape from them, but miss the bus. They end up in the Everglades and are separated by a freak rain storm, losing the song.

While searching for Gabi, Vivo comes across a roseate spoonbill named Dancarino, who is unsuccessful in finding love with one of his own. With Vivo’s help, he is able to win the heart of Valentina. The two later rescue Vivo from a noise-hating green python named Lutador. Meanwhile, Gabi discovers that she was followed by the Sand Dollars on a boat and that they are holding Andrés’ song, keeping it from her until she leads them to Vivo. When the girls are attacked by Lutador, Vivo saves them, but the song is destroyed in the process. Desolated, Vivo considers going back to Cuba until he realizes he and Gabi can recreate the song, as he knows the melody and Gabi knows the lyrics. Together, they make it to Miami and search for Marta, who has learned of Andrés’ death and refuses to go on stage…

By the end of this course, you`ll know how to set up and use the fur effect, brushes, understand how layers works, colors, shadings, lighting effects and more… This guide shows you how to create a new level skills in drawing blending skin filling effects. This quick start guide shows you the basic, and step-by-step from the sketching to the drawing, filling to get the realistic effect.

Benefits of our Tutorials:

This program was wonderful! Our daughter loved the class and really enjoyed the teacher! Taught with encouragement, enthusiasm, love and support. Thank you!

This program is AMAZING! My daughter has always loved art. I found this program through a neighbor and truth be told, it has been a great investment. This was a great way to deep dive into my daughters passion, while still keeping the house clean. During the classes my daughter is engaged and motivated! Would surely recommend over and over!

My 6 year old started taking virtual classes with CreativeOnes. She has a natural love for art and this has been a great way to help her learn how to make art digitally (using the Procreate Application). I highly recommend this academy to anyone who has a kid who likes to create. Our teacher is always so patient and energetic. My child really looks forward to her art class each week and we walk away from each class amazed at how much she improves every time. We homeschool and this has been a fun way to bring digital art into our weekly routine. Happy mom- Five stars from me!

My Daughter love the classes and her passion for creative design has grown along with her skills set. A very supportive and caring environment to learn in.

My daughter (10 years old) took a week of digital media design summer camp this summer. She learned a lot on how to use the Procreate App and kept using it when she has some extra time to produce beautiful wallpaper for iPhone and iPad and funny animations. The instructor was so patient and diligent to work with students interactively. I highly recommend this class!

CreativeOnes my son has found a way to practice and unearth his creativity. I am very happy with the academy, the teacher shows a lot of interest for each of the students and they in a relaxed environment learn to use technology. Estoy muy contenta con la academia, en un ambiente relajado aprenden a usar la tecnología

CreativeOnes is a magnificent choice for young kids and adults, the instructor is super dynamic and knowledgeable and shares it all with her students! I highly recommend their online classes and camps!

from The Woodlands, Texas

Phenomenal teacher with a ton of real-world experience. She comes up with projects that the kids are interested in, combining their love of art while using today’s industry-standard tools that they’ll need for the future. During my son’s course, he created print-ready artwork, stop-motion video, digital drawings and much more. CreativeOnes Digital Art Academy is awesome!

I really recommend CreativeOnes to everybody! I was amazed by all the digital artwork my son created in that class! He learned how to create videos using different technology applications, 3D drawings, and animation. He also created a mouse pad for Mother’s Day, which I loved! The teacher was very enthusiastic, engaging and knowledgeable. She introduced my son to the digital world and he loved it!! My son had a great time there and learned a lot!!!

I was really interested in finding engaging educational opportunities for my 14 year old son He has learned so much more than graphic design, he expanded his mind and is exploring creatively. The instructor finds a way to engage each child. She beautifully shepherded 6 teenagers virtually and each created their own masterpiece. If you are looking for opportunities to enhance your child’s skills, I strongly recommend Creative Ones.

Love the digital art camps this group offers. I found the site while searching on the web for a virtual class with live instruction. I saw the positive reviews from other parents, liked their website and decided to take a chance. I am so glad I did. Highly recommended!

As a father, education is crucial and we must continue to invest in our children and the next generation. With the work and the time that the staff at CreativeOnes Academy put with my two children, the most important they learned. I was able to see how the instructors patience and time was making a positive change on them. The work that CreativeOnes Academy have completed in their online teaching is perfect.

We have finally found a place where our daughter improves her creativity and above all, she has fun! We highly value the attention. I have to admit that we even have t-shirts and mugs with the designs that our daughter has made at CreativeOnes Academy, Por fin hemos encontrado un sitio donde nuestra hija mejora su creatividad y sobre todo, se divierte!

My daughter is 13 years old she start her online course with CreativeOnes few weeks ago and since then she is so excited and happy about what she is going to be learning next . I recommend this academy is amazing I believe every parent should take advantage of this great opportunity, is an investment on our kids future and also is a great opportunity for parents to learn and connect with the kids enter in there world and understand them even more.

from The Woodlands, Texas

I highly recommend CreativeOnes Learning Programs to anyone who wants to learn more about the digital world. My daughters instructor makes the class very fun and comfortable. Not only, is the class environment great but it is also preparing her for her future. 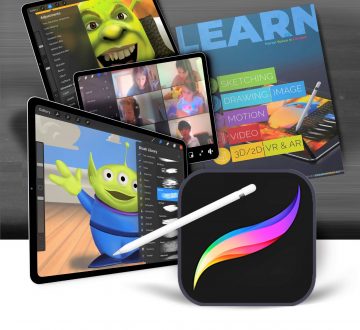 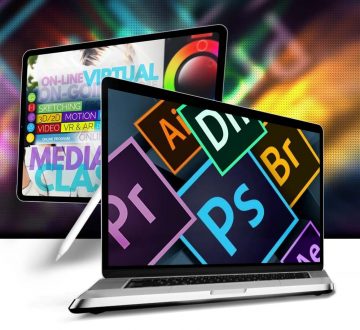 Warm-up exercises are a critical component of the art process. In sports, professional athletes know that in order to achieve peak performance from their muscles it’s necessary to gradually work up to the demands that are placed on them. Art is no different, save in one respect. Muscle control is certainly a factor but the real benefit of warm-up drawing exercises is the way they engage your mind.

Learn Isometric Guide: Isometric Guides give you the power to add a third dimension to your creations, ideal for engineering, architecture, and other technical graphics.

Gestures :The controls will never get in the way of your art again with these intuitive gestures.

Interface and Gestures: Every part of Procreate is designed to make your workflow faster. A minimal interface keeps your art in focus, and natural multitouch gestures give you effortless control over your creations.

Apple Pencil: Unlock the full potential of Procreate with the exceptional sensitivity, speed, and precision of Apple Pencil. 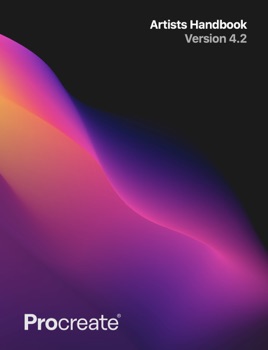 The Benefits Of Using Procreate

Procreate makes it easy to organize your artwork in a gallery format familiar to Photoshop users; import files from other devices and locations; use hand gestures to zoom in and out of your artwork and undo changes to work. You can also perform professional-level compositing and adjustment of layers and generally create and develop your artwork at a speed that can keep up with your imagination. Perhaps most important to many seasoned professionals, Procreate offers easy integration with existing workflows — you can move back and forth between other apps and platforms as required by your preferred methods, your clients, or the needs of a specific project. There are other professional-grade digital art apps available, but at the moment none match the power, flexibility, and complete functionality and feature-set of Procreate.

To get the full, up-to-date Procreate experience, you’ll want to have one of the two iPad models that arrived in November 2018: the 12.9-in. or 11-in. iPad Pro. These two models are the only devices compatible with the new Apple Pencil.

Be the first to add a review.

Please, login to leave a review 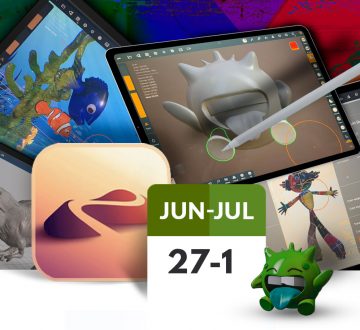 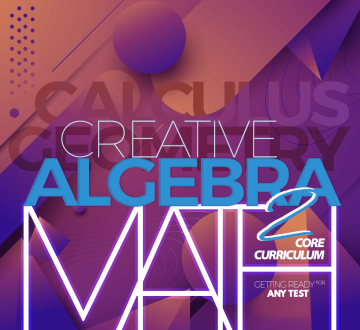 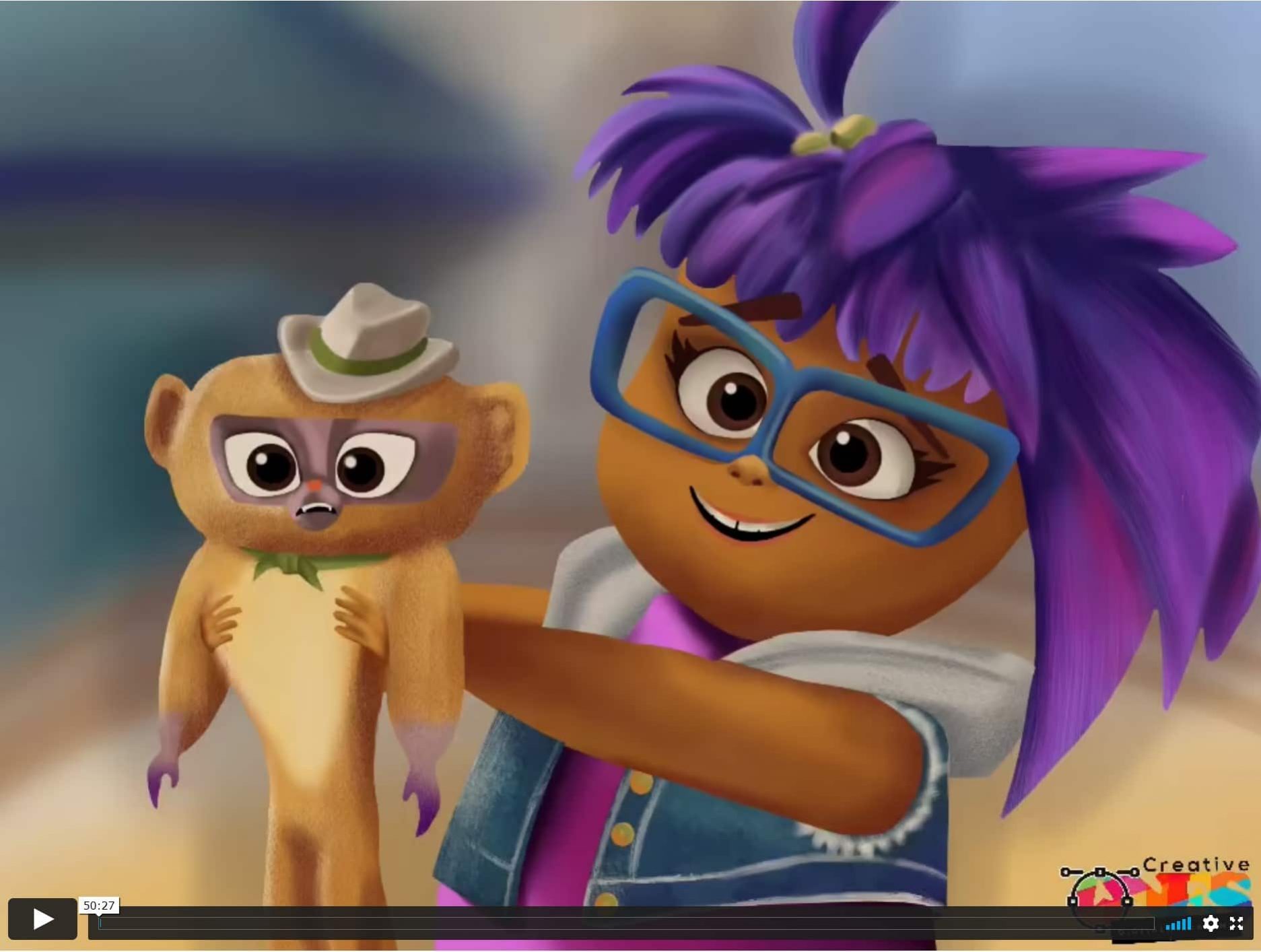